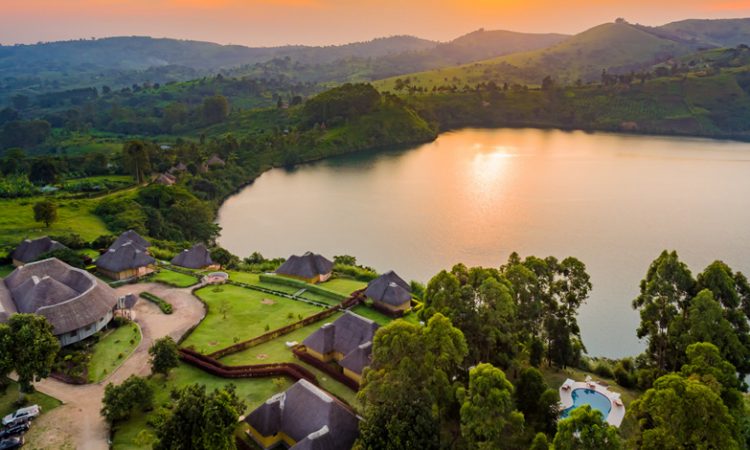 Western Uganda’s Crater Lakes to Adventure on a Uganda Safari

Western Uganda’s Crater Lakes provide the most beautiful scenery you can find during your tour to the pearl of Africa. Well positioned between the Western arm of the Rift Valley and the foothills of Mount Rwenzori, Western Uganda is home to some of the Best Places to see the Explosion Crater Lakes and Explosion Craters found along what we call the Crater Lake Trail which takes in Kibale Forest Park, Queen Elizabeth Park and the Foothills of the Rwenzori Mountains. The Pristine Crater Lakes are well surrounded by several accommodation facilities  where you can enjoy them from while staying at one of the lodges located there.

There are countless of Crater Lake Activities that can be done along the Crater Lakes, hiking, climbing, biking, boating and that even in a Reed Boat, fishing.  The scenery varies with the lakes or the craters in some cases.Most Visitors to Western Uganda enjoy the Explosion Crater Lakes and Explosion Craters while on Safari with us on the Crater Lake Trail. There are no markers for the crater Trail but you will know that you are on it and we thought it was a good name to describe the Crater Lake Region of Uganda. The Explosion Crater Lakes and Explosion Craters in Uganda are simply beautiful behold, offer great hiking in places near Fort Portal in Western Uganda, including the famous “Top of the World Hike” that leads you to several crater lakes, through villages and tea plantations, you have the beauty of the crater lakes before you and the tallest African Mountain range – the Rwenzori Mountains of the Moon in the distance, simply an incredible and beautiful combination to the beholder. Western Uganda’s Crater Lakes were formed rather recent in the light of ancient volcanic activity in Uganda approximately 8 to 10,000 years ago though you see them as serene, scenic lakes today – when they exploded they caused tremendous damage in their time covering an area larger than Mount Vesuvius did at Pompeii – in the case of the Ugandan Explosion Craters – they reduced Lake Edward to a toxic mess.  Fire and brimstone still erupted from these explosion craters as recently as 2000 BC while the Pyramids in Egypt were being built. Even in local Folklore of Western Uganda, the stories of some of the crater lakes are told and one crater at Fort Portal – Kasesankarange means – spewer of roasted material.  The crater lakes are extinct however a few of them – have molten lava just 10 to kilometers beneath them and could explode again most likely not while you are on Safari in Uganda. Explosion Craters did not build cones as Volcanoes do, they simply blew ash and rock far and wide – today there are these incredible, beautiful lakes, some of which still have a certain sulfur smell in their water.  Some offer great places for swimming, viewpoints and nature trails that one can hike surrounded by monkeys, tropical birds, and magnificent sights. When you are looking down one of Uganda’s crater lakes framed by grasslands, green forest, farms – one does not realize that these beautiful lakes were places out of which the earth exploded forth in a most violent way. Katwe crater lakes: These crater lakes are located north of the Mweya Peninsula and are the highest point of the park.  There is the scenic Crater Drive – 27 kilometers where you see the beautiful crater lakes on your journey.  There is not too much wildlife along the route, though Buffaloes and Elephants can be frequently seen. Be sure not to miss Lake Kitagata – the lake is fed by a salty hot spring no appeal to wildlife but beautiful to behold.  Along with this route, you have some beautiful panoramic views of the Western Rift Valley and its escarpments, the Rwenzori Mountains of the Moon, Lake George, Lake Edward, and the natural Kazinga Channel.  Along t with his route, you have the opportunity to visit Lake Katwe and its ancient salt works where you can take a tour that will benefit the local community. 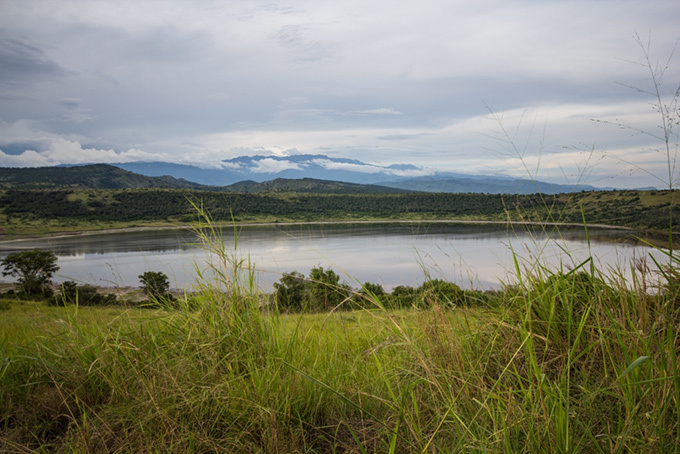 Bunyaruguru Craters: Located on the Kichwamba escarpment of the Western Rift near Queen Elizabeth Park Lake Nkugute is a beautiful crater lake that is visible from the Mbarara Kasese road, however, there about 20 crater lakes found here and many dry craters. There are also viewpoints where you can see the Kichwamba Rift valley and Queen Elizabeth Park. Times on a safari can be increased to include the Crater Lake and do activities around them from Hiking to Boating on the Lakes. 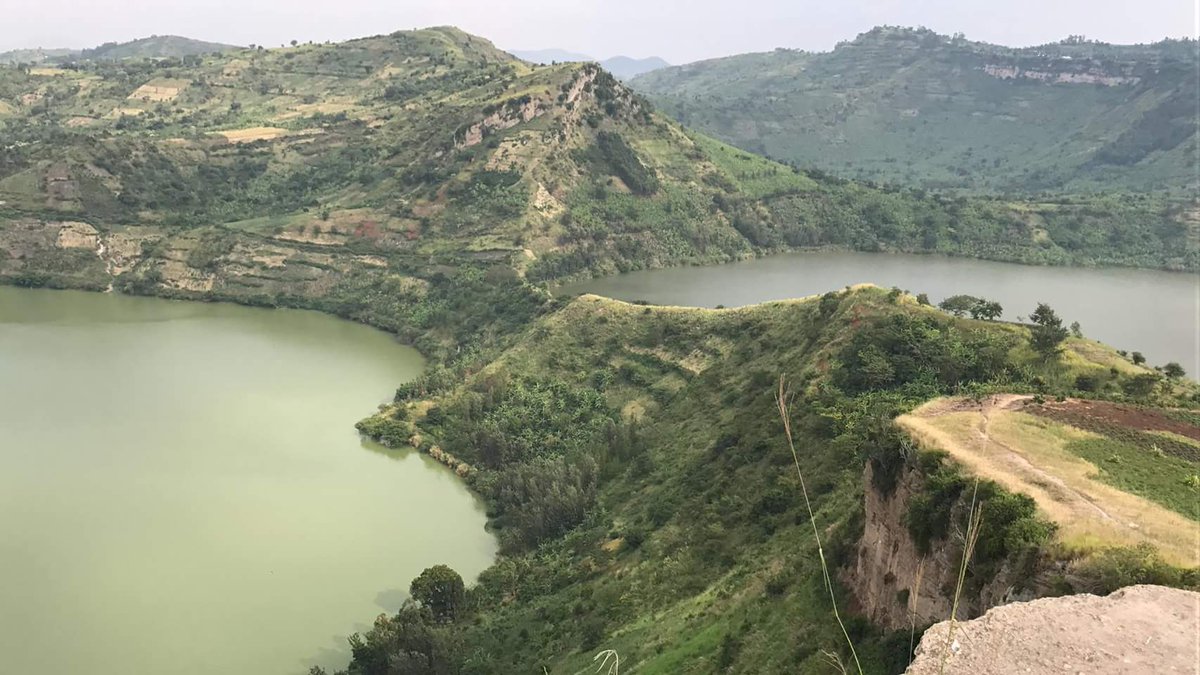 Kasenda craters: Unlike inside of Queen Elizabeth Park, the crater lakes here can be explored on foot –there are many hikes that you can take here, the “Top of the World” gives one great view of the crater lakes here, the Rwenzori Mountains of the Moon, Tea Plantations, Kibale Rainforest Jungle, Lake George and the Kichwamba escarpment of the Western Rift Valley.  There are several hikes that you can take with a guide from several hours to an all day one.  The Kasenda Craters are a perfect add-on to a visit to Kibale Forest and its Primates ,you can also stay at U-Market Lodging such as Ndali Lodge and lodging such as CVK Lakeside Resort , both overlooking a crater lake within easy reach of various hikes along the Kasenda Crater Lakes. 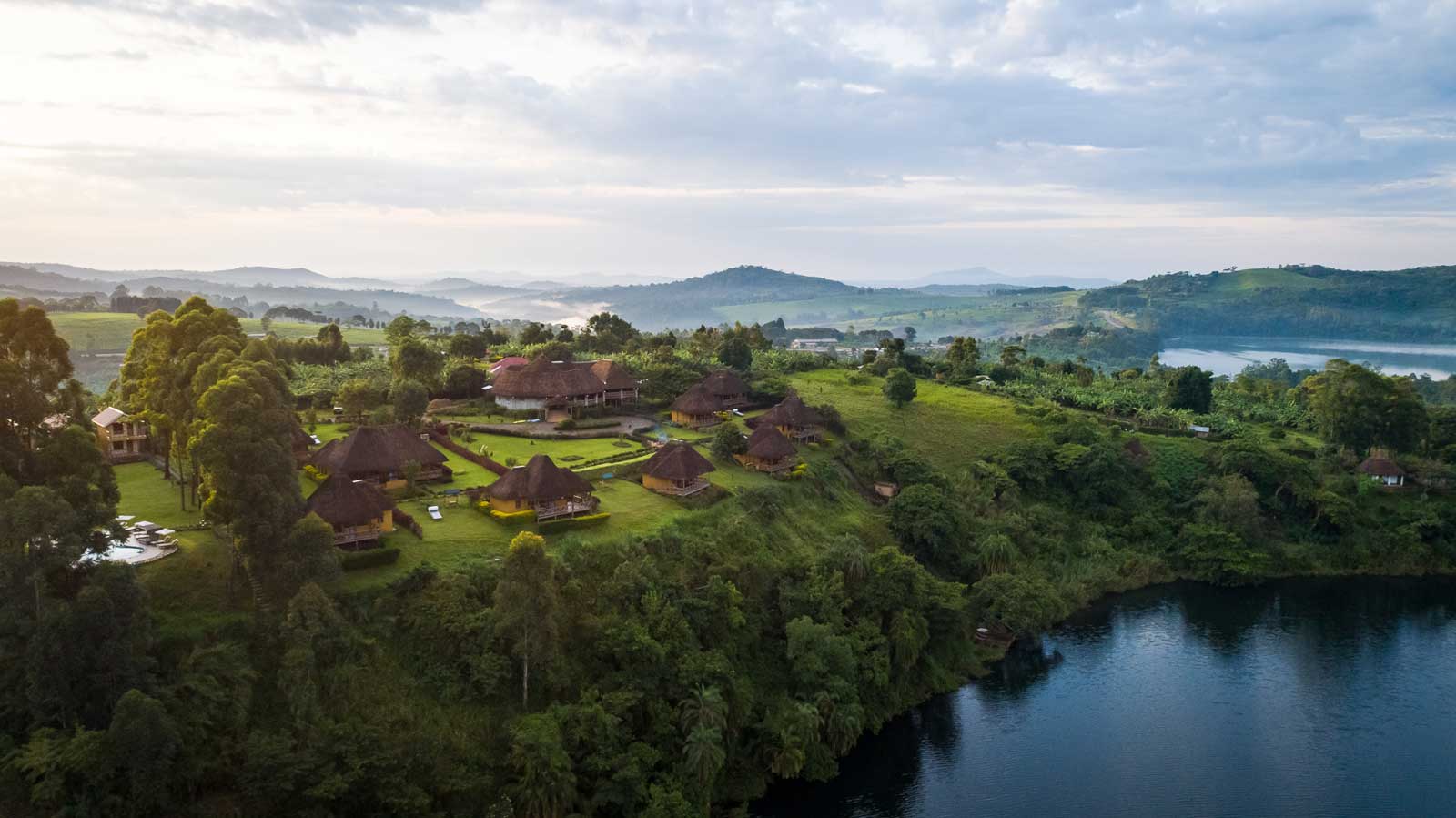 Fort portal craters: This is the smallest Crater Lake of all in the western Uganda but there is a jewel among them and that is Lake Kyaninga and if you have a few dollars to spare there is the exclusive up-market Kyaninga Lodge – log cabin structures on a ridge overlooking the Lake Kyaninga Crater Lake and a breathtaking view of the Rwenzori Mountains of the Moon.  Simply a delightful and peaceful place with plenty of hikes of the nearby area. 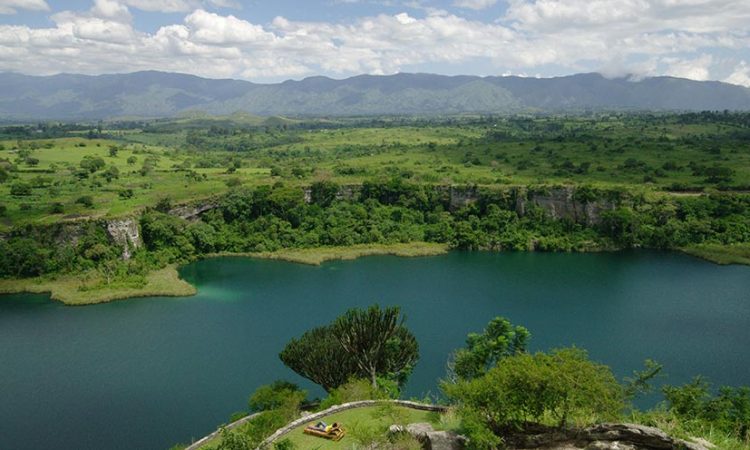 The Crater Lakes in this field of them have become more known and popular with as Lodges came to the area such as Kyaninga Lodge. Hiking and Biking organized by lodges have gotten the word out regarding the beauty and range of activities that can be done here. Safaris to Explore Western Uganda’s Crater Lakes can be embedded within our Uganda Safari Packages to give you the best travel experience during your western Uganda Tour
Share This
Related Posts

© 2020. Alpha Wild Safaris. All Rights Reserved. Designed by NedcorpUG
Back To Top
×