skip to Main Content
+256 774 892 083 / +256 787 224 568 alphawildsafaris@gmail.com Plot 4, Kimathi Avenue Kampala Uganda.
Mount Elgon National Park is Uganda’s protected area located in the Northeastern part of the country mainly in Mbale district and it covers an area of 140km2 Northeast of Lake Victoria and the whole park at large occupies an area of 1,279km2.The park is bisected by the border of Kenya and Uganda, the Ugandan part alone covers an area of 1,110 square kilometers and the Kenyan part covers an area of 169km2. Mount Elgon National Park was gazzetted as a national park in 1992. The park was named after the Elgonyi tribe of people who once lived in huge caves of the mountain and this was known as the Ol Doinyo Ilgoon meaning the breast mountain by the Masai people and as Masawa by the Ugandan people. Mount Elgon is considered as the fourth highest national park in East Africa with the second highest peak in Uganda after Rwenzori and the peak is known as Wagagai with 4321kmm above sea level. The park well known for its largest caldera that is a collapsed crater covering over 40km at the top of the mountain surrounded by numerous rugged peaks including Mubiyi, Masaba, Sudek Koitobos and Wagagai as the highest. 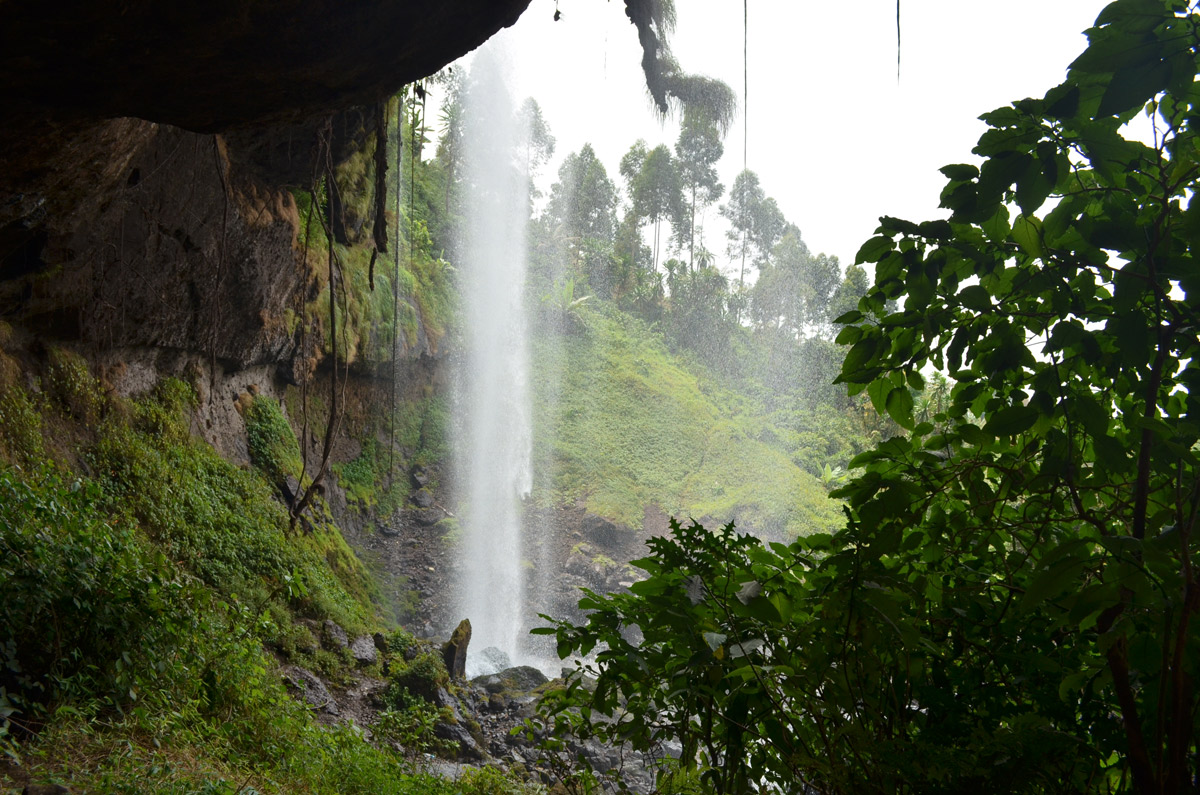 Attractions in Mount Elgon National Park The park is a vital protected area with diverse attractions ranging from the Calderas found at the top of the mountain, numerous flora and fauna, over 300 bird species including African Goshawk, white chinned prinia, African blue flycatcher among others, particularly in the Secondary forest and thick shrubs along the loop trail to Chepui falls. Bird watching in Mount Elgon is done around Kapwai forest Exploration Centre. Activities in Mount Elgon National Park Volcano climbing: Mount Elgon national park is one of the exciting alternative protected areas with various volcanoes that appear amazing as one climbs upwards to the top of the volcanoes like Mubiyi, Masaba, Sudek Koitobos, and Wagagai as the largest among others. Nature walks: While doing nature walks in Mount Elgon national park, you are always exposed to Sipi falls, walls of death and the African sunrise across the Karamoja plains on peaceful walks just outside Mt Elgon National park, some primate species, waterfalls, some bird species with options of camping overnight on the mountain slopes. Mountain Biking : Mountain biking trails run from Sipi trading Centre to Chema hill in Kapchorwa town that leads you to the waterfalls which approximately lasts for1 hour. Cultural encounters: Cultural encounters in Mount Elgon is mainly done with the local Sabiny people who are basically farmers of Arabica coffee and acts as the leading producer of coffee in Uganda. During this activity, farmers or windows group take you through a guided walk through the coffee plantation demonstrating how to plant, pick, grind, store and wash coffee. Still on the same activity, you will also learn about the life of the Sabiny as you meet local residents and participate in traditional weaving among other local activities in relation to culture. Rock climbing: Rock climbing in Mount Elgon National Park occurs outside the park at Sipi and there are 14 climbs requiring various levels of rock scaling techniques where all equipments of climbing can be hired from Sipi falls as well. The rocks range from 15m to 35m and all provide views of the main falls and the Karamoja plains. Sport fishing: Sport fishing is done above the highest of the three waterfalls at Sipi and it provides exciting changes to anglers rwho take pride in battling with the rainbow trout because of the beautiful coloration and fighting ability. Accommodations in Mount Elgon National Park Luxury lodges Mbale Resort hotel Sipi River Lodge Mid-range Lacam Lodge Mount Elgon Hotel and Spa Masha Hotel Sipi falls Resort Budget Grow’s Nest Rest Camp Kapkwai Forest cottages Kapwata Guest house Moses Campsite
UGANDA SAFARIS
CLIENT REVIEWS
RWANDA SAFARIS
PRIMATE SAFARIS
BURUNDI SAFARIS
NEED MORE INFO?