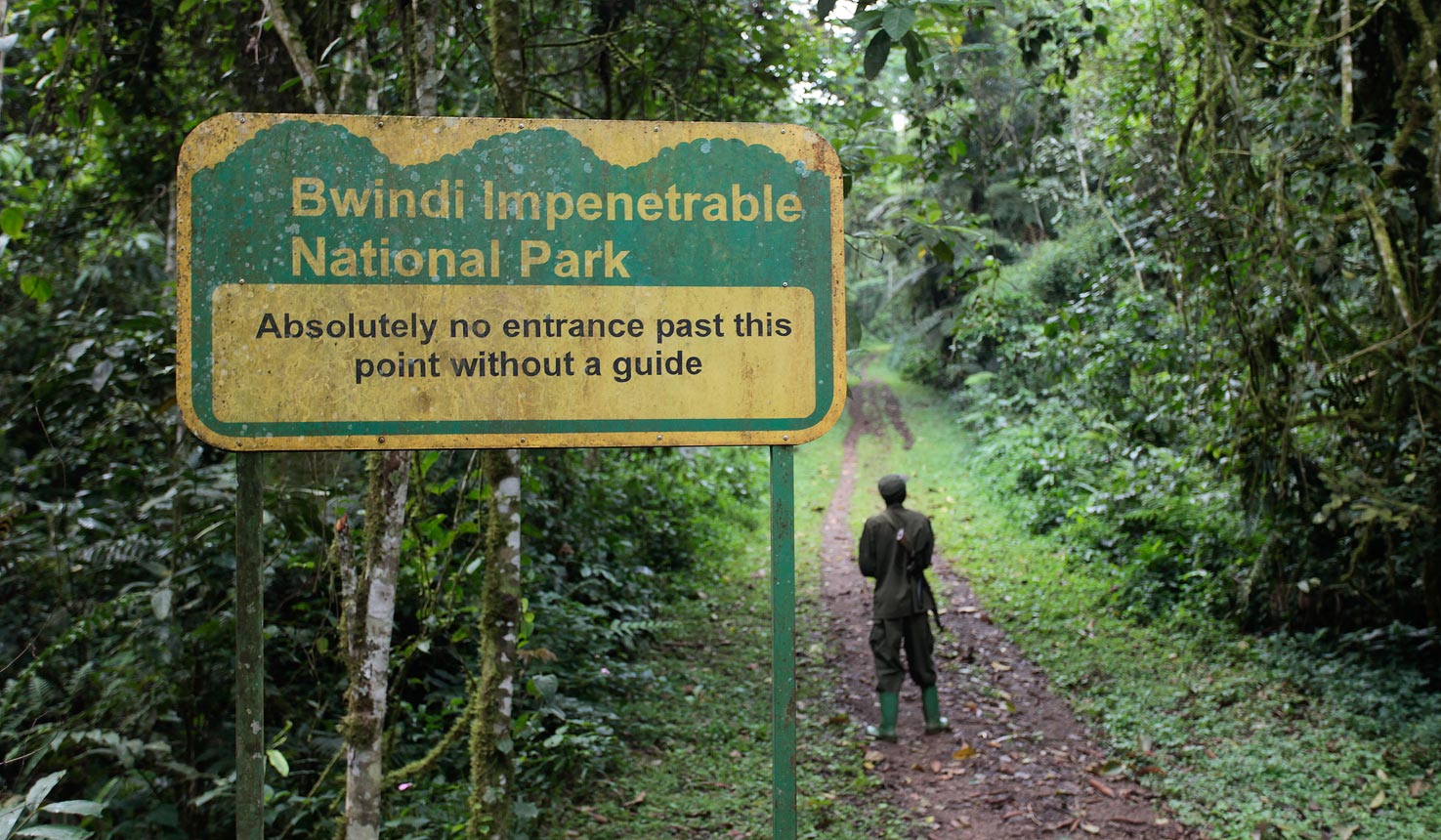 Bwindi Impenetrable National Park is Uganda’s protected located in the south western part of the country at the edge of the rift valley with beautiful nature to meet your travel expectations. The park was gazetted in the 1991 and because of its gorgeous nature it was declared a UNESCO natural world in the 1994. The park covers an area of 321km in the west of the country and it’s at an altitude of 1120m-2,607m above sea level, mountainous and heavily forested with rain forest type of climate and very close to the Congo boarder. The headquarters of this park are located in Buhoma area with a wide range of accommodation facilities. 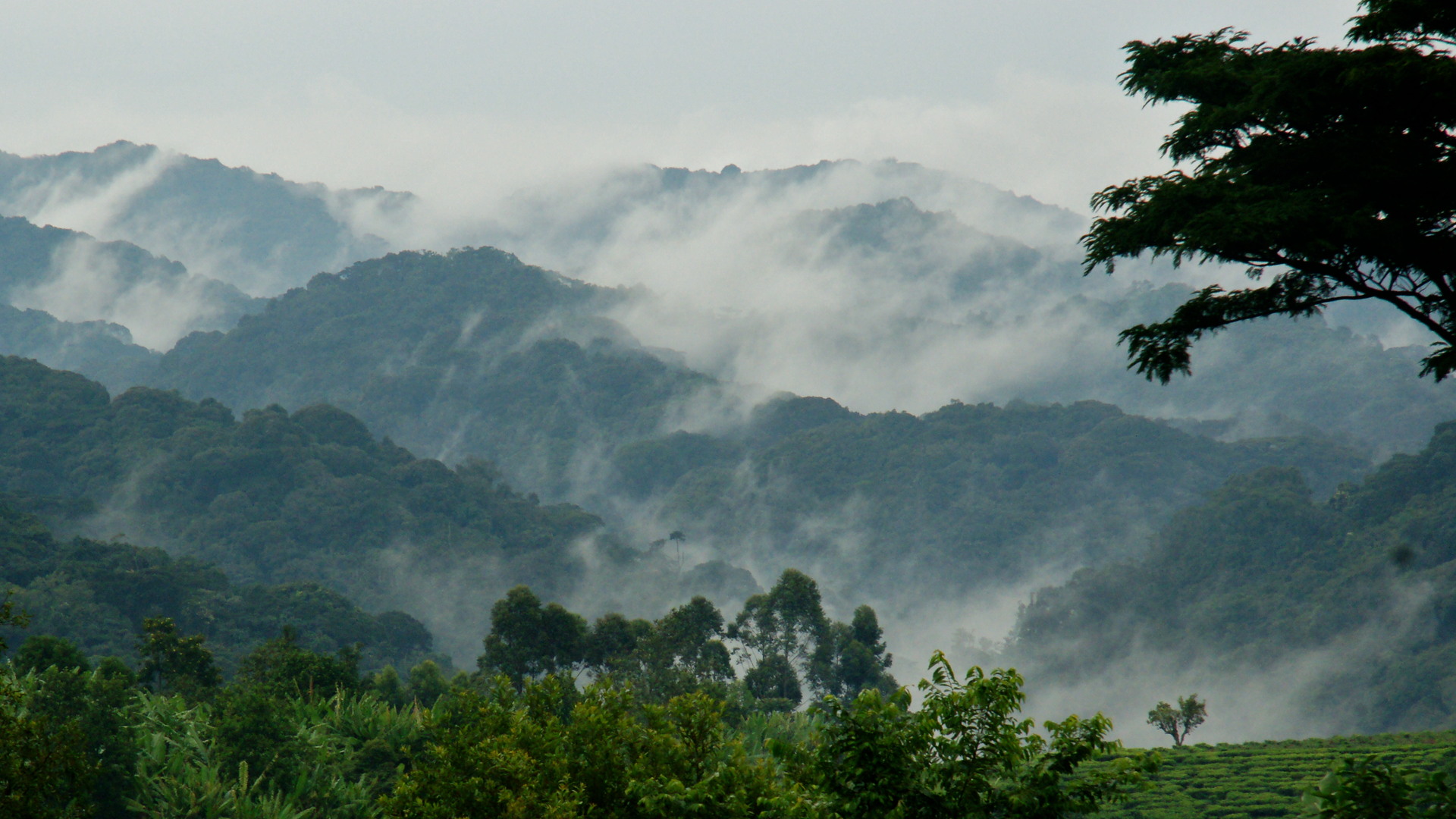 The park is enriched in a number of activities to be engaged for example Gorilla tracking as the main activity with an estimated number of over 400 mountain gorillas making it half of the world’s population with the other half being shared among the two countries Rwanda and Democratic Republic of Congo a clear definition to its uniqueness and as major reason to term Uganda the Pearl of Africa the award that greatly symbolizes its special beauty. The gorilla tracking as an activity in Bwindi Impenetrable National Park is the most fascinating activity that you can enjoy for your life time memories. Gorillas in Bwindi Impenetrable National Park are in families where they are being tracked at different times of the day and the morning gorilla trackers leave at 8am and and it’s a 3hour tracking . And they are also located in different areas within the park.

Some of the gorilla families in Bwindi Impenetrable National Park include; 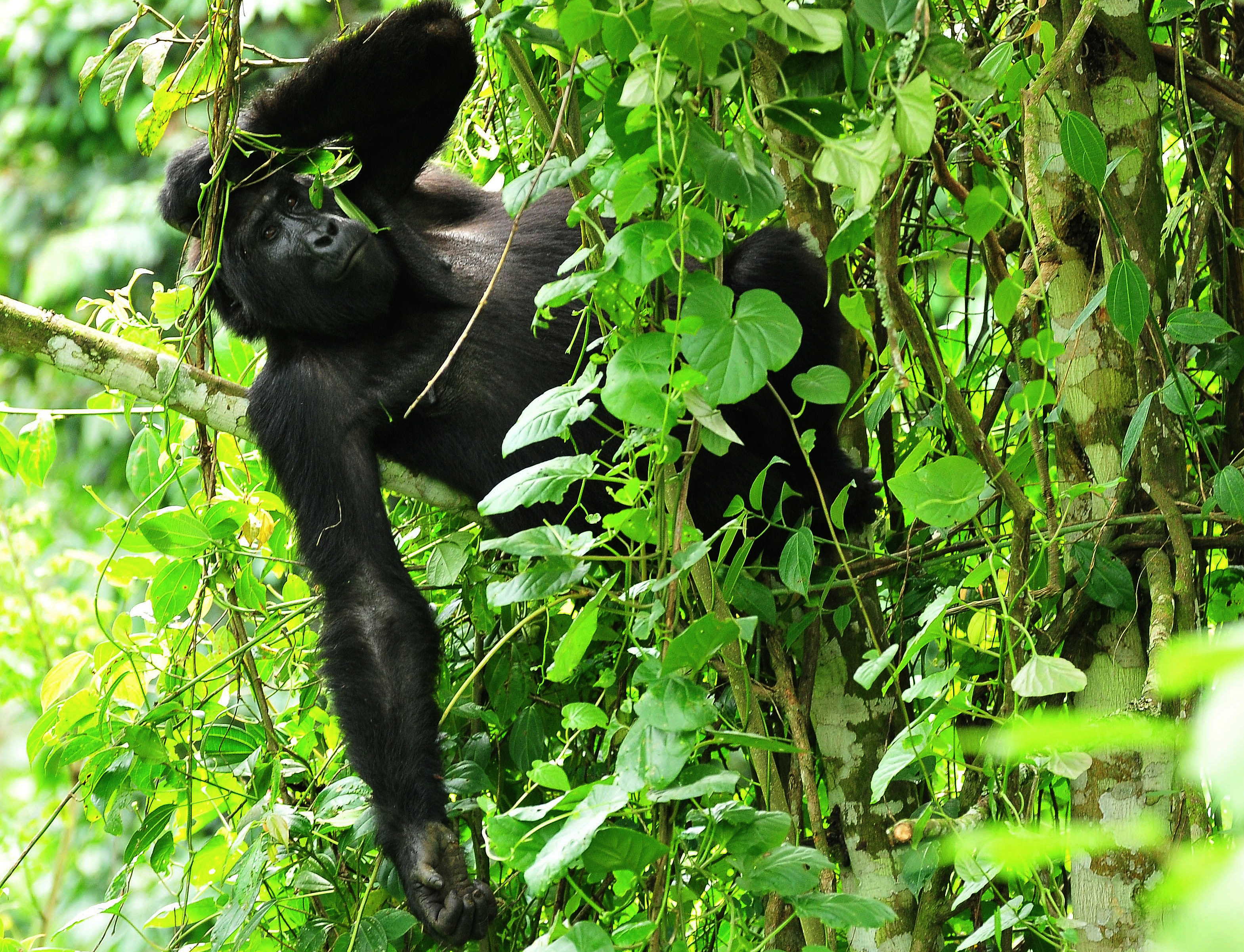 Batwa people are one of the last groups of short-statured people commonly known as pygmies, and until Bwindi rain forest was gazetted into a national park they lived a hunter gatherer lifestyle in the forest and they are now the most poorest people in the wild with high infant mortality rate. Bwindi impenetrable forest as it in history that the Batwa are the first people who lived in the forest until recently Bwindi mountain gorillas shared their forest. While in the forest, the Batwa people survived by hunting small games using arrows or nets. Batwa is considered as an ethnic group whose average height is unusual short, their height is defined as Batwa have an average height less than 4 feet and a member who is slightly taller is termed as a Pygmid .Batwa are endangered people found around Echuya forest reserve in Kisoro and Kabale districts of south western Uganda with the most interesting culture that is full of fun and very entertaining especially when performing their dance music and drama on addition to story telling. It’s very thrilling experience with Batwa people in Bwindi impenetrable forest national park. 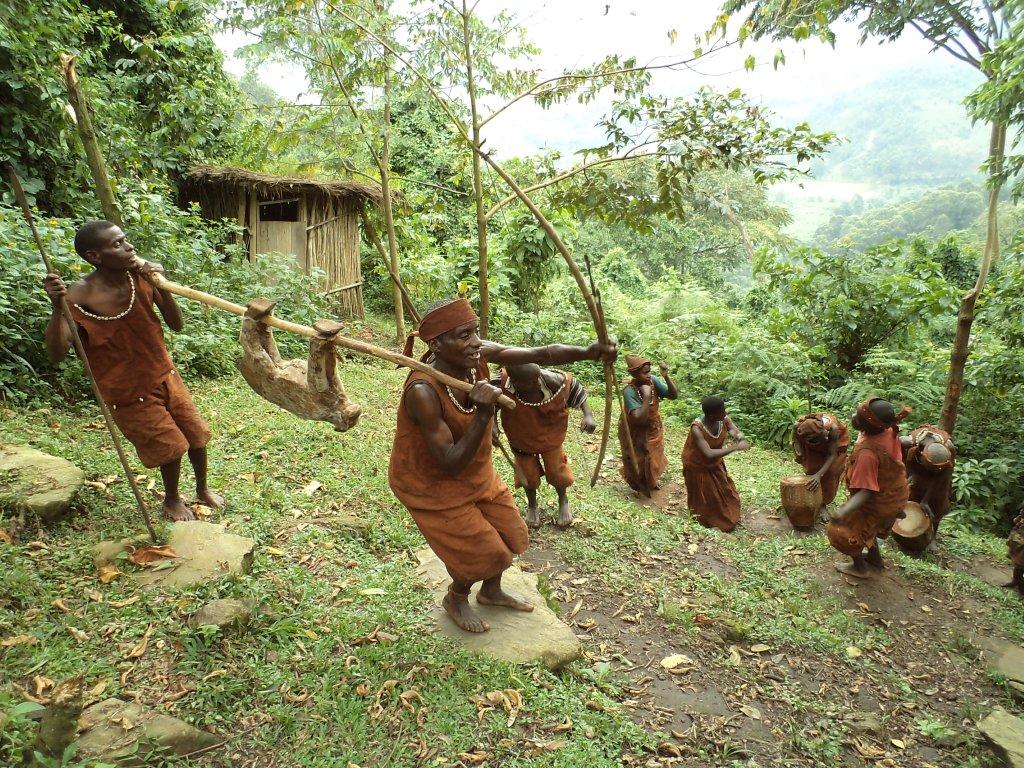 Bird watching: Bwindi Impenetrable National Park got various bird species with amazing sounds for example the emerald cuckoo one of the beautiful forest birds, the forest common bulbul, Pied kingfishers and many other and they are approximately 300 species of birds within and around the Bwindi Impenetrable Forest National Park. This activity is carried out along the main trail around Buhoma waterfall and along the Bamboo zone and Mubwindi swamp in Ruhija. The other activity is;

Nature walks: Nature walk within Bwindi Impenetrable National in 6 trails in Buhoma. They include; Muyanga waterfall walk, Rushura hill walk where you able to have a great view of Lake Edward, gorge, Rwenzori peaks and the Virunga volcanoes. There is also the river Ivi walk which is 14km long, there is also Muzumbigiro loop which is 6km distance, and we also have the Buhoma- Nkuringo trail and finally the Habinyanja trail which takes about 4-6hours.

Besides Bwindi Impenetrable national park having those amazing activities it has also got some other attractions on addition to the gorillas. We have the following; Because it’s a forest it has got forest elephants quite in larger in number which are kinder aggressive but no worries about them we have got well trained ranger guides who know how can handle and besides they know all corners of the forest so have to feel home when are with any of those. We also have the giant forest Hogs, the black and white Colobous monkeys, the Olive baboons, Red Duikers, Bushbucks and some bird species which are about 300 in number of which some of them are endemic meaning they were formally there before the park was gazetted and then the rest are endangered species including the African green Broadbill to list but a few. The park is one of the richest in flora and fauna since the forest has relief type of rain which is believed to have kept the vegetation ever green and enhances multiplication of flora hence creating a cool climate for all the fauna in the wild. And there are also chimpanzees but which are still wild and not used to human presence but you can still have view at them though at a distance but it’s interesting with nature in wild. While in Bwindi impenetrable national park is also home away from home in terms of relaxation. The accommodation facilities here range from luxury, mid-range/ standard, Budget, tree house to organized grounds for camping and many others. These facilities are in kinds of lodges, hotels, inns and motels which offer quality services at all times and some of those are Buhoma lodge which is a top quality and intimate property and it’s estimated within the park ,other lodges/hotels are; 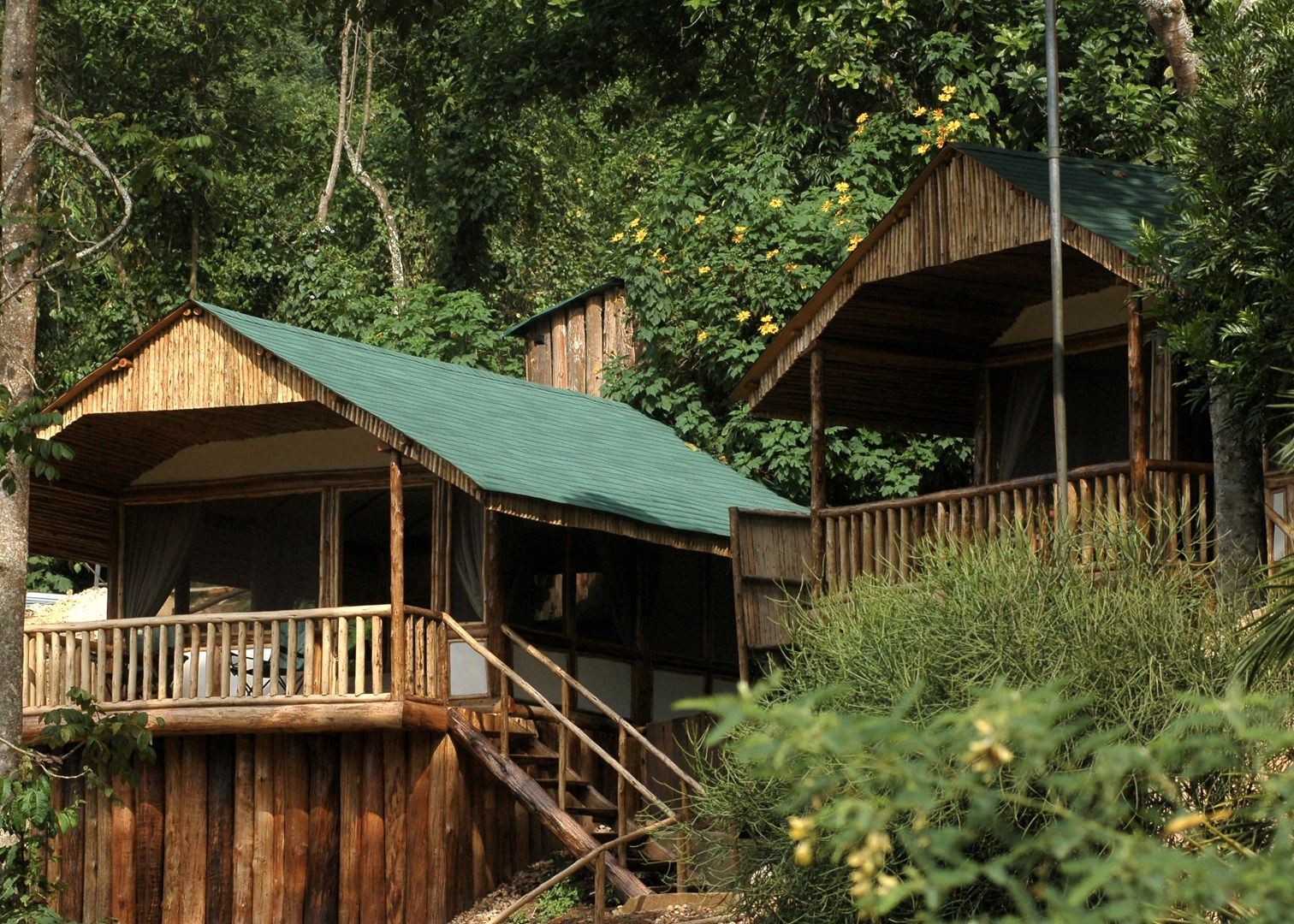