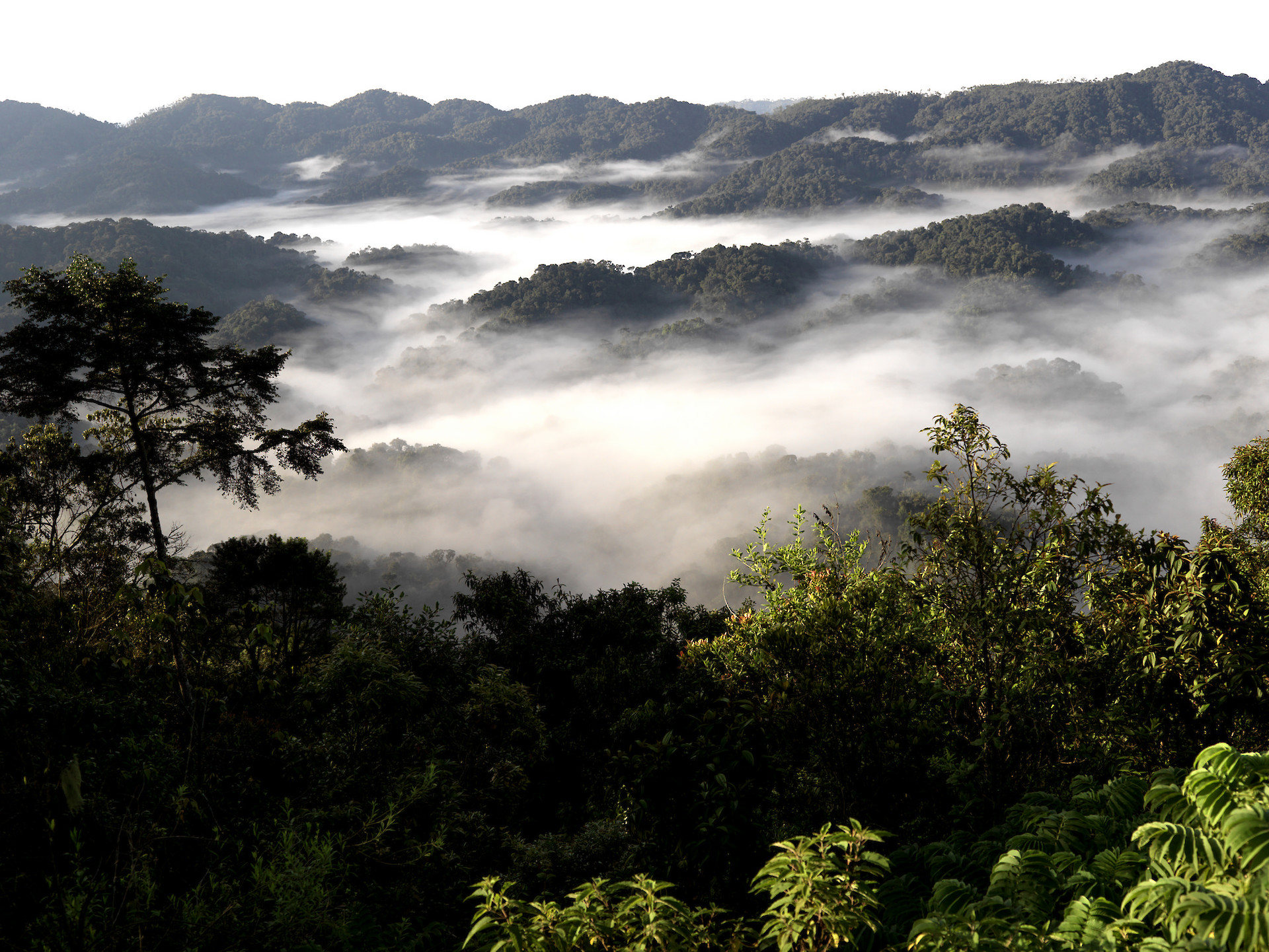 Nyungwe Forest National Park is a protected area located in the South western corner of the Republic of Rwanda bordered by Rwanda-Burundi in the South, Lake Kivu and Democratic Republic of Congo also lie in the Eastern part of the park. The park covers an area of over 1000 square km with untouched natural rain forest rich in exciting Biodiversity ranging from plant evergreen life to fauna including the forest that extends to Kibira national park in Burundi. Early in 1903, Nyungwe was a Colonial crowned land by the German government during the colonial era and declared as a forest reserve. There was a time between 1958 and 1973 when this area was lessen due to fire outbreaks, uncontrolled poaching of animals for example a quite number of elephants and buffalos were killed and there was also severe deforestation where a number of trees were cut down for wood and timber. This incident declined the development of this area and the forest reserve in particular. Later in 1984 Biodiversity studies were conducted in this area that revealed a large number of Colobus living in the area which were over 400 individuals and due to the discovery, a number of Tourist and Research facilities were established which were also destroyed during Rwanda Genocide of 1994 but later in 1995 the reserve was restored that continued to 2005 when it was declared a national park. Nyungwe national park is one of the largest tropical montane rainforest in central Africa and as Rwanda’s biggest water catchment feeding the longest River Nile that has its source in Uganda and River Congo in DR Congo with water and its home 2/3 of all Rwanda’s water. This park inhabits a range of wildlife among these are the famous habituated chimpanzees and 12 other primate species for example about 400 habituated Black and white Rwenzori colobus monkeys, some sightings of Golden monkeys, 75 different mammal species , a variety of butterflies and as a birders paradise with over 300 bird species of which 16 are endemic. A visit to Nyungwe national park is always combined with a gorilla trekking experience in Volcanoes national park which is another breathtaking activity to explore.

Chimpanzee tracking: Nyungwe national park is one of the amazing places to track most primate species especially chimpanzees which are the main attractions of the park including the Black and White Rwenzori colobus monkeys, a few sightings of golden monkeys and a variety of both forest and savannah bird species both endemic and migrants. Chimpanzee tracking activity in this park is best done in the morning with the help of park ranger guide which visitors are divided in groups of eight and allocated a ranger guide. However, not all chimpanzees here are tracked only the habituated communities are allowed for tracking meaning they are used to human presence.

Monkey tracking: This is another interesting activity in Nyungwe national park. The forest boosts over 13 primate species with unconfirmed golden monkey sightings that have also been reported. Besides chimpanzee tracking, visitors to this forest park can also track Grey cheeked Mangabeys and the Rwenzori colobus monkeys which are sighted in large numbers of about 300 individuals However, when tracking chimpanzees and you still come across other primate species such as the L’host monkeys, Owl faced monkeys, Mona monkeys and the Blue monkeys.

Canopy walk is one of unique and special activities in this park not be missed on your Itinerary to Rwanda and particularly in Nyungwe and because of this it is termed as the first tree top forest canopy walk in East Africa and third in all Africa. A canopy walk is a breathtaking activity that exposes tourists to adventure. The canopy walk is 50m above the ground which is also a dizzying height for some people but more of fan where you will sight on monkeys move around tree tops, birds flying below and above and a beautiful view of the rain forest Nyungwe. In length, the forest is about 90m long which is a reasonable length. Consider canopy walk as an activity on your safari itinerary to Rwanda its fan and very adventurous.

Bird watching: Nyungwe forest is considered a birding paradise with over 300 bird species 27 of them are endemic and part of the species in the forest of Albertine Rift valley for example the Grauer’s Warbler mainly sighted in the mountain swamps of Kamiranzovuo that is within the park. The other birds commonly sighted are the large blue turacos including the Blue breasted and purple breasted sunbirds mainly spotted in the flowering trees among other bird species.

Hiking in Nyungwe forest national park Besides other activities, Nyungwe is also known as a hiking paradise. While in the forested park, there are about 13 demonstrated trails of about 130 km. The hike through this forest can take a week which involves hiking to different adventurous places on camping. There are also private hikes which take about eight hours but requiring a reasonable physical fitness to cover. However we can still arrange for our visitors hikes that shout their fitness. Visitors who engage in this activity not only enjoy the hiking but also explore certain wildlife for example the various bird species, lots of primate species and plant life that generalizes the whole adventure.

A trip to Nyungwe Forest National Park can be embedded in both our Uganda Safaris and Rwanda Safaris to give you an ultimate tour experience in East and Central Africa.