skip to Main Content
+256 774 892 083 / +256 787 224 568 alphawildsafaris@gmail.com Plot 4, Kimathi Avenue Kampala Uganda.
Volcanoes National Park is Rwanda’s smallest and a Must to see National Park famously known for its endangered mountain Gorillas and rare Golden Monkeys. The park is also a home to five of the eight volcanoes of Virunga Mountains (Karisimbi, Bisoke, Muhabura, Gahinga and Sabinyo) shared by Rwanda along other neighboring countries of Uganda and Democratic Republic of Congo. This park is situated to the North Western of Rwanda covering a total area of 160km in the Bamboo and Rainforest. 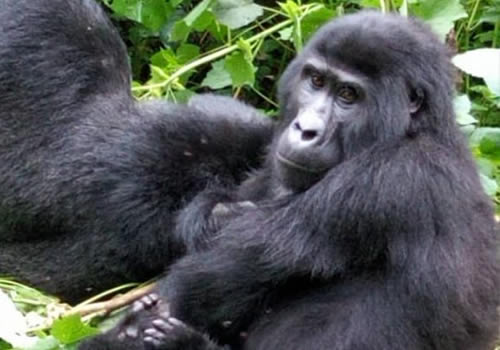 Earlier in 1925 the park was gazetted and was believed to be the first gazetted national park on the continent of Africa which aimed at protection and multiplication of the Mountain Gorillas which had gone to extinction. Then later in 1929 the park boundaries were enlarged to trademark the sections of Rwanda and Democratic Republic of Congo and its name was recast to Albert National park extending over a geographical spread of 8090km under the management of the Belgian colonial Government who were masters of the two states then. Then later after Independence the park was separated following the boundary especially for the Rwanda side in 1669 which was aimed at creating more growing space of Pyrethrum. Later in 1967, the number of mountain gorillas increased in this park which made it a rich ground for the mountain gorillas research a reason why famous Dian Fossey American primatologist who had been doing research on mountain gorillas in Congo forest fled from insecurity and established her research Centre at a place between Visoke and Karisimbi that was later renamed Karisoke Research Centre. While here she contracted on conservation campaign of the mountain gorillas and mobilized resources to fight poaching in the area. She continued her mobilization till her in 1985. Dian Fossey was buried to her research Centre next to the grave of her favorite Gorilla which was called Digit. Dian Fossey’s death left a legacy and her research Centre still stands today. In addition a multi storied building has been set up in Musanze to coordinate mountain gorilla research in the area and accommodate Karisoke workers. After the death of Dian Fossey the park continuously suffered poaching though conservation efforts were under way. Still in the 1990s, the park then became a battle field for the civil war in Rwanda that stranded Tourism activities that lasted until 1999. Then later in 2005 tourism activities resumed, in a bit to boost conservation and gorilla tours in the park, Rwanda government introduced the annual baby naming ceremony for Gorilla babies Known as Kwita Iziina which has boosted great results in the park. In addition to mountain Gorillas, the park also boosts other wildlife such as the rare Golden monkeys, spotted hyenas, buffalos, elephants, bushbucks, Black fronted duikers and over 178 bird species. How to get to Volcanoes national park Volcanoes national park being positioned in Northwestern Rwanda, is located in a small village called Musanze which is easily accessed by both public means from Gisenyi/Kigali or from the Airport that is about 2 hours to Volcanoes national park. To make it so interesting one can still do gorilla trekking on the same day on early arrival to the park headquarters called Kinigi and drive back to Kigali meaning it’s possible to do one day Gorilla trekking in Volcanoes national park. Other activities in Volcanoes national park Golden monkey trekking:  This activity is was created to draw visitors closer to these rare primate species. Golden monkey tracking commences the same time of Gorilla trekking with an early morning briefing at Kinigi park headquarters then later embark into the jungle with help of the Park Range guide. Volcanoes national park has only two habituated golden monkey troops that are available for visiting meaning they are used to human presence. Visiting famous Dian Fossey Tomb: Dian Fossey tomb is 30min drive from Volcanoes national park a place/research where the famous American primatelogisted was buried after her tireless role of researching and protecting the mountain Gorillas. Visit to the twin lakes of Butera and Ruhondo: These twin lakes offer tourists spectacular views of landscape, wetland habitat and plenty of bird species. Mountain hiking (Mt Karisimbi): This hiking strenuous but very rewarding normally done as a complement to gorilla trekking. The hike starts early morning and involves navigating through the Bisoke with an overnight camping before finishing the journey the following day. This hike offers tourists sights on various bird species, golden monkeys, gorillas and vegetation cover. Ibyiwacu cultural tour: This tour enables tourists interact/share with the local people’s homes and heritage treasures including lifestyles, activities and their ways of living. This is also committed at showcasing traditional lifestyles and dances to tourists. Among other activities there are also hikes to Kamiranzovu; Rusumo waterfalls. Where to stay in Volcanoes national park Luxury/Upmarket Midrange/Standard Budget
UGANDA SAFARIS
CLIENT REVIEWS
RWANDA SAFARIS
PRIMATE SAFARIS
BURUNDI SAFARIS
NEED MORE INFO?